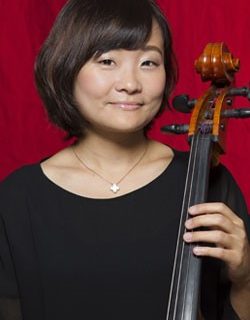 Yin Xiong joined the cello section of the St. Louis Symphony Orchestra in 2016. Previously she won a position with the Hong Kong Sinfonietta at age 20 and performed regularly with the Hong Kong Philharmonic Orchestra. Yin has also served as the principal cellist of the Hong Kong Academy Orchestra, the Oberlin Orchestra, and was co-principal of the Juilliard Orchestra. She was the principal cellist of the Pacific Music Festival from 2006-2009 where she worked with conductors Valery Gergiev, Riccardo Muti, Christoph Eschenbach and Michael Tilson Thomas.

Yin was awarded notable prestigious prizes from an early age, including the 4th International Tchaikovsky Competition for Young Musicians as well as top prizes at the 4th and 5th National Cello Competition of China. She won the Hong Kong Academy for Performing Arts concerto competition for an unprecedented consecutive five years. As a soloist, Yin made her debut with the Hong Kong Philharmonic Orchestra at age 17 under conductor Edo de Waart.

An avid chamber and orchestral musician, Yin was strongly influenced by her parents, themselves both professional cellists. As a member of the Academy String Quartet, she served as a representative of the Hong Kong Academy for Performing Arts, and gave concerts regularly in Asia and Europe.  As part of the Hong Kong based cello ensemble, Cellistra, Yin presented concerts and community engagement activities throughout Asia.

Yin served as a faculty member of the Hong Kong Academy for Performing Arts, Macau Youth Orchestra. She was also a teaching assistant at the Oberlin Conservatory.