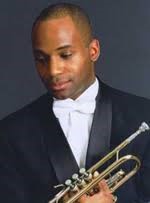 Tage Larsen joined the Chicago Symphony Orchestra trumpet section in 2002, having previously served as Second Trumpet with the Saint Louis Symphony Orchestra. Prior to his tenure in St. Louis he was Principal Trumpet with the Annapolis Symphony Orchestra, and also served as solo cornet with “The President’s Own” U.S. Marine Band. He holds a Bachelor of Music degree from Michigan State University, and did graduate work at the Eastman School of Music where he studied with Barbara Butler. In addition to his duties with CSO, he is a member of the trumpet faculty at the DePaul University School of Music.

Tage is a native of Cambridge, Massachusetts, and is the father of two sons, Zachary and Ethan.