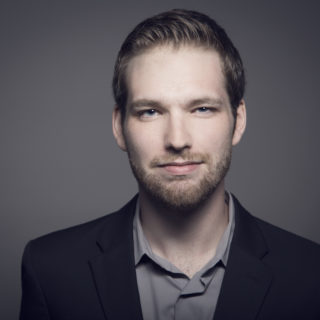 American pianist Brian Woods has emerged as a compelling artist of widespread acclaim. A native of St. Louis, Missouri, he has recently enjoyed his solo debut in Koerner Hall in Toronto, Ontario, as well as his debut with Chamber Music Society of St. Louis on a program with Maestro Leonard Slatkin.

Brian’s mentor, international pianist and recording artist John O’Conor, said this about Brian. “Woods is a compelling young musician with a formidable technique and inspiring interpretations. His performances consistently reach the highest levels of artistry.”

Past seasons have included solo recitals in Washington D.C., St. Louis, Kansas City, Winchester, VA, Thibodaux, LA, and Dublin, Ireland. As a passionate chamber musician, Brian has collaborated with tenor Vinson Cole and cellist Julian Schwarz, among many other partners in North America and Europe. He has served as répétiteur and coach for numerous opera and operetta productions in the United States and Canada, including as pianist for Lawrence Opera Theatre in Kansas and The Price Opera Program in Toronto. He remains in high demand as a collaborator for instrumentalists and vocalists alike.

Brian holds degrees from Vanderbilt University, University of Missouri – Kansas City, and Shenandoah University. Previous teachers include Craig Nies and Robert Weirich, as well as an additional semester of study with Stanislav Loudenitch. He recently completed the Artist Diploma program at the Royal Conservatory’s Glenn Gould School, where he studied on full scholarship with Irish pianist John O’Conor. When he’s not at the piano, Brian enjoys practicing yoga and catching the latest broadcast from the Metropolitan Opera. Learn more at www.brianwoodspianist.com.